BROSELEY, Mo. (KBSI) – Over the years there’s been talk about the benefits of four-day work weeks, but what about four-day school weeks?

Twin Rivers School District voted to go from a five to four-day school week with hopes that this big change will not only benefit students but the teachers as well.

Incoming Twin Rivers superintendent Rob Brown says this change was made to hopefully retain teachers in their school district.

“We have some difficulty matching some of the neighboring districts around us and the terms of base salary so by switching to a four-day week we’re hoping we’re offering an additional benefit that might help us retain the teachers we have and recruit new teachers to come here,” said Brown.

The new changes are big but Brown believes there will be little to no impact on the students.

Brown understands that this change might be frustrating for some as it raises issues about childcare for many working parents, but he hopes everyone just keeps an open mind.

“You know I just asked him to have an open mind and help us all be successful as a district in communities,” said Brown. 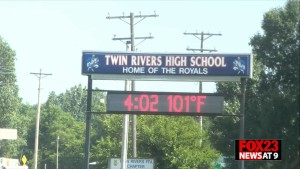