Storms possible on Thursday, some strong

The severe weather potential appears to be winding down across the FOX 23 viewing area. The remaining showers are encountering rain-cooled air, which is weakening them substantially. Light to moderate rain will continue for portions of southern Illinois for the time being, but all rain should be out of the coverage area by midnight at the absolute latest. 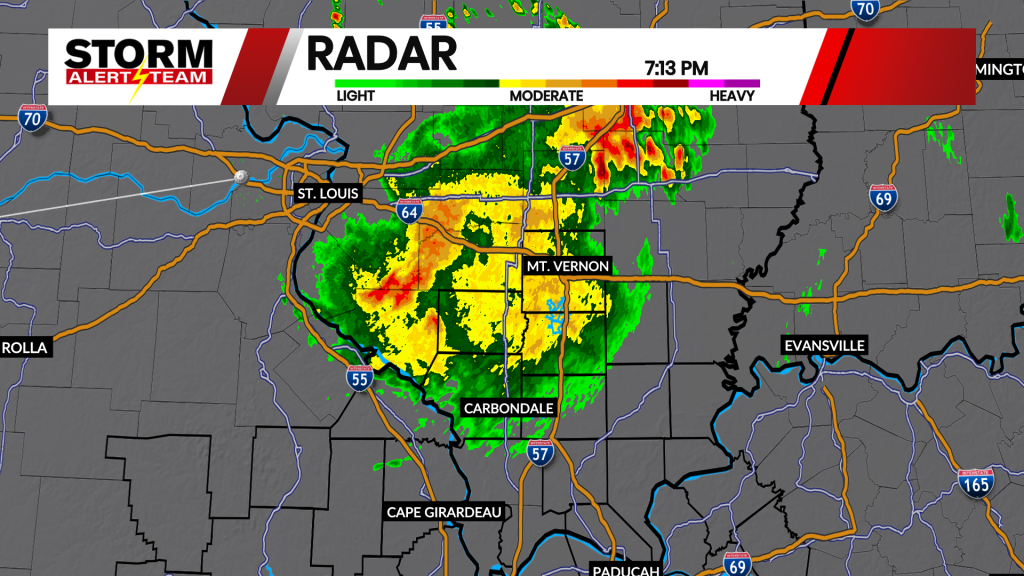 A new Tornado Watch has been issued farther to the east for portions of southern Illinois and western Kentucky. That new watch will expire at 11 p.m. Thursday. 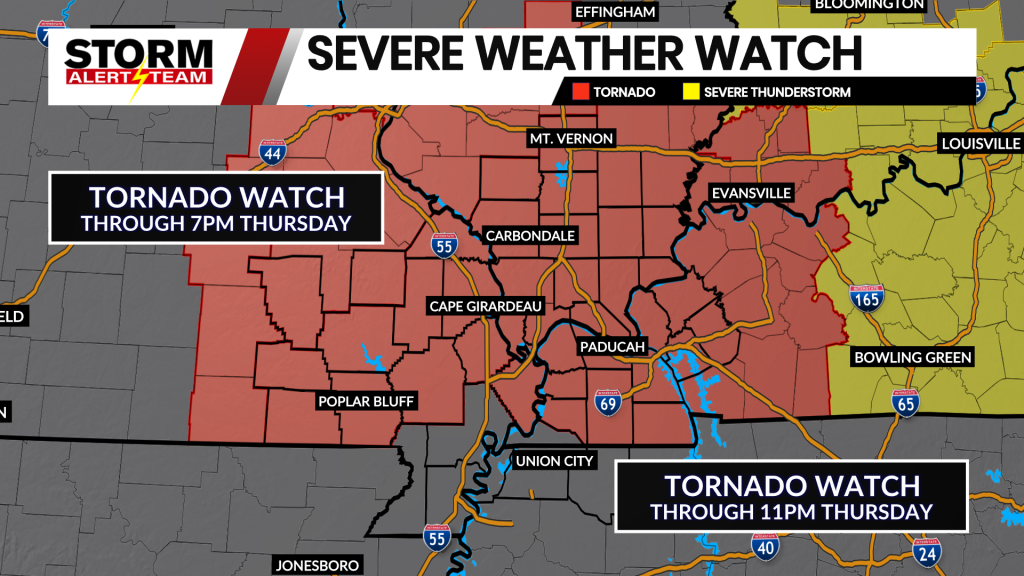 A Tornado Watch has been issued for portions of the viewing area. The watch will last until 7 p.m. Thursday and is only in effect for our Missouri counties. 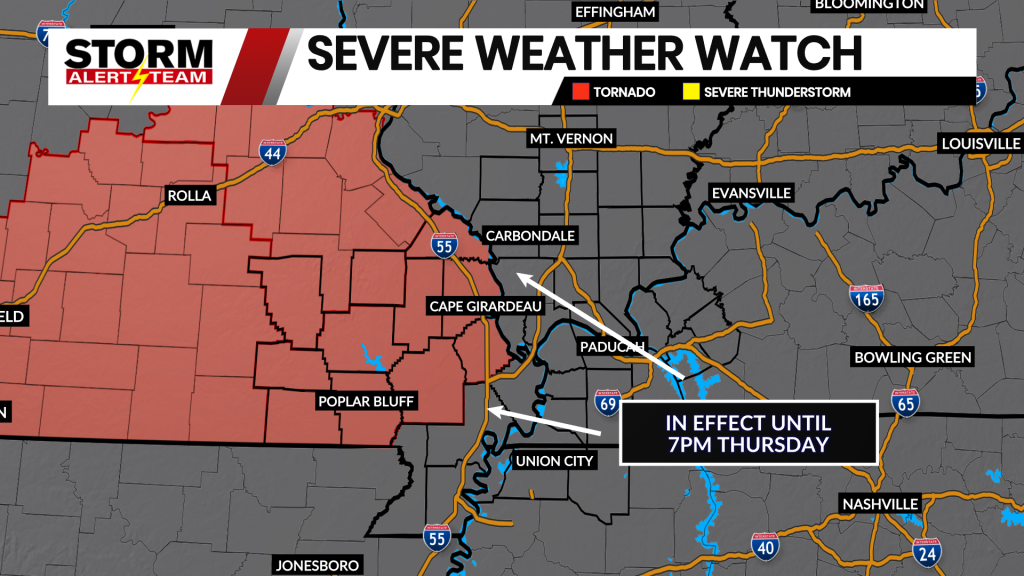 Remember, a Tornado Watch means that you are “watching” for Tornado Warnings. You only need to take action once you are under a warning. Especially if you are in the Watch area, make sure to have a way to receive weather alerts and have a plan in place before storms arrive Thursday afternoon/evening.

The Storm Prediction Center has placed portions of the FOX 23 coverage area under a “Slight” risk for severe weather. It is the northern portion of the viewing area that has a better chance to see severe weather along with storms altogether. The orange hatched area is the region that has the best opportunity for severe weather, encompassing much of southern Illinois. 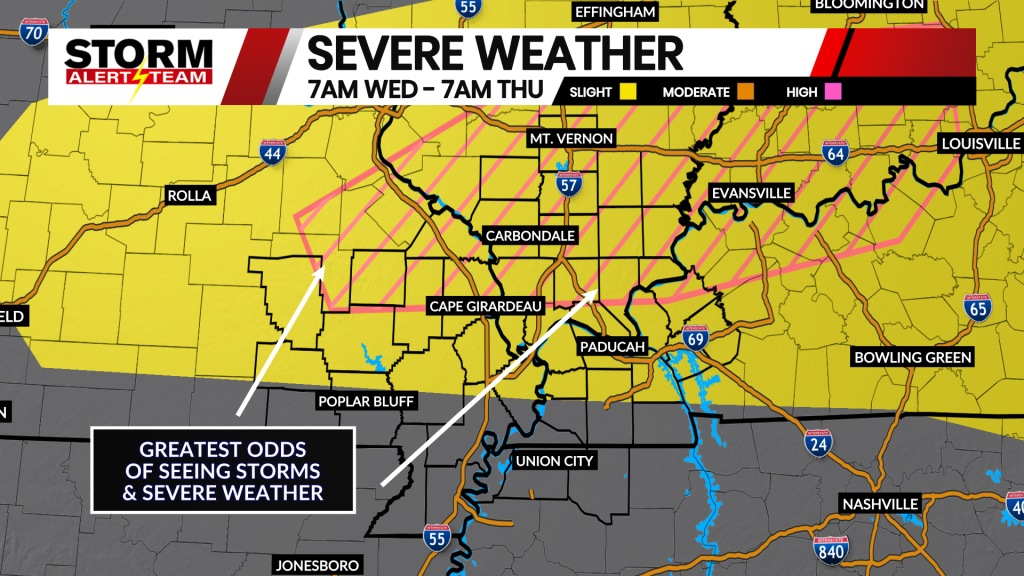 Those near the bootheel may be able to avoid storms for the most part. Scattered showers and storms are possible starting around 11 a.m. and going into the afternoon. There will be dry periods during the day.

We expect a wave of storms to pass through the northern part of the viewing area sometime after 5 p.m. Thursday. This activity will be a little more widespread than the afternoon storms, and will mainly affect areas along and north of Cape Girardeau. Cape Girardeau may find itself on the southern extent of the storms, so there’s a chance Cape Girardeau gets missed to the north. 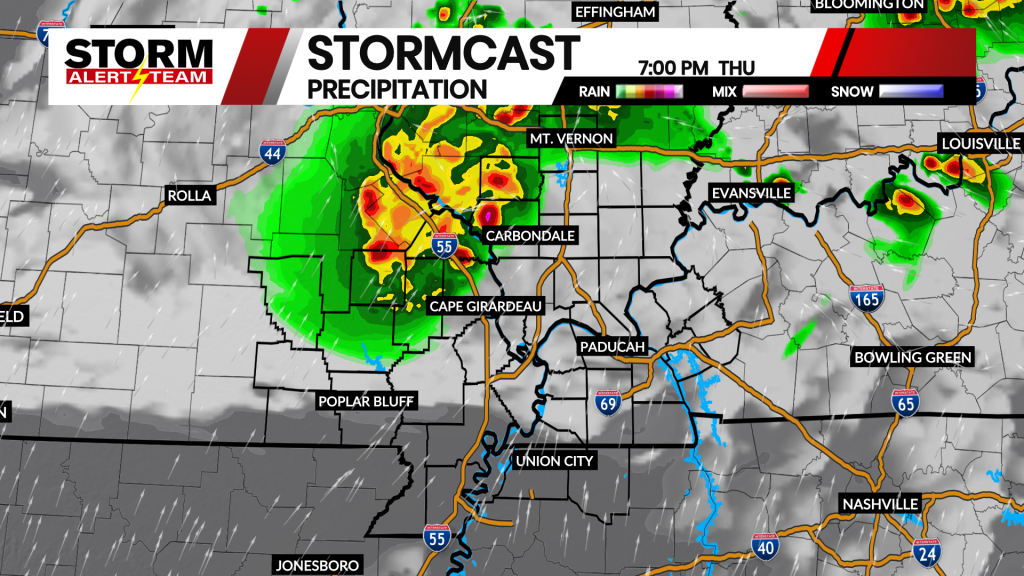 It is the evening round of storms that have the highest chance of being severe. Damaging winds are the main concern, although large hail and isolated tornadoes cannot be ruled out. 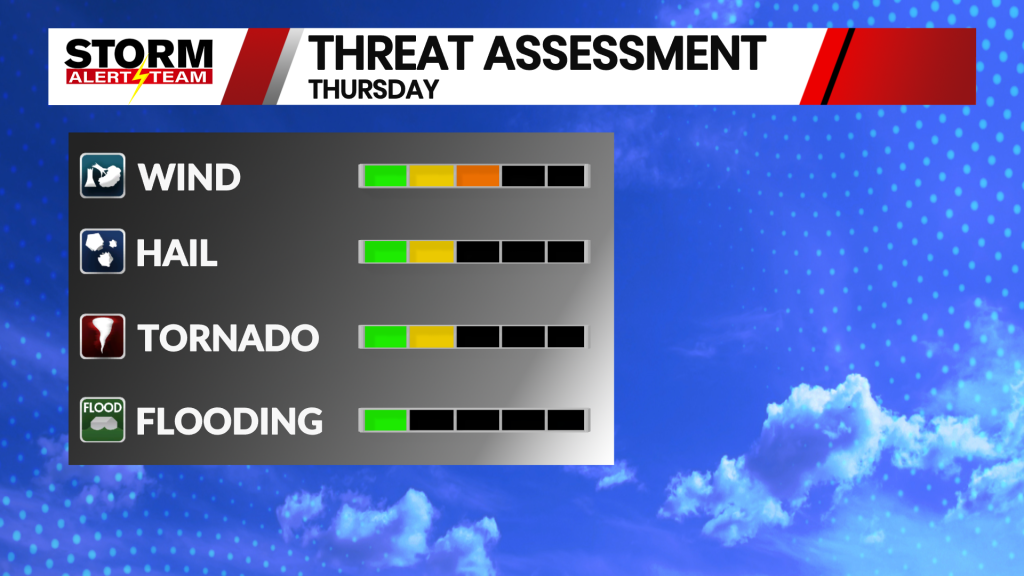 Storm chances drop off late Thursday. Aside from the storms, Thursday will be a very warm day. Forecast highs are well above average, in the upper-80s to low-90s. 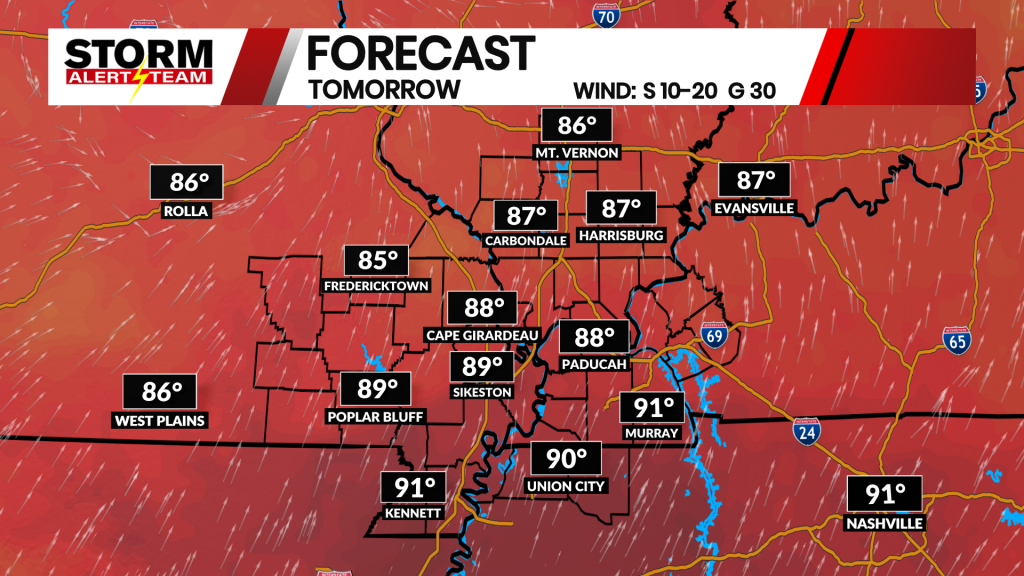 While Friday may give us relief from storms, a cold front arrives on Saturday which brings us another round. Behind that front, temperatures will tumble, setting us up for a cool Sunday. 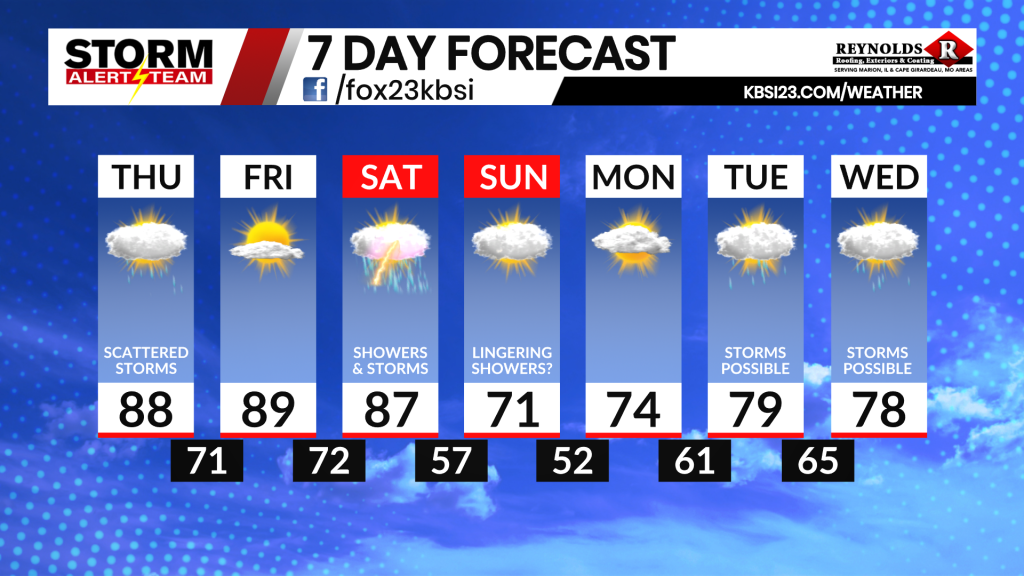 Hot, humid, and stormy for the holiday weekend

Heat/humidity increasing along with storm chances

1 dead, 1 in custody after shooting in Williamson County